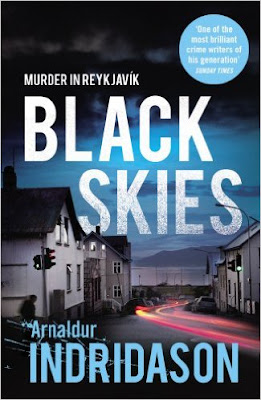 This is the ninth book in the Erlendur series of novels by the Icelandic author Arnaldur Indriðason.  This one is different from the others as Erlendur does not feature in the book - he is away on holiday.  Instead the main investigating officer is Sigurdur Oli who is asked by a friend to look into a case of blackmailing.  When he goes to speak to the female blackmailer he finds she has been murdered.

As usual with this series of books, there are two cases but as Erlendur is not present there is no missing person investigation.  The second story involves historical child abuse.

The book is also a social commentary on the greed and excesses found in Iceland before the banking crash. "It was the first time Sigurdur Oli had entered the headquarters of the bank and he was instantly impressed with the opulence of it all.  He might have stepped from the centre of Reykjavik into a whole other world."

By the end of the book I felt I understood Sigurdur Oli better and I was more sympathetic towards him.  I enjoyed this book and liked the way the author intertwines various themes which gradually come together at the end.